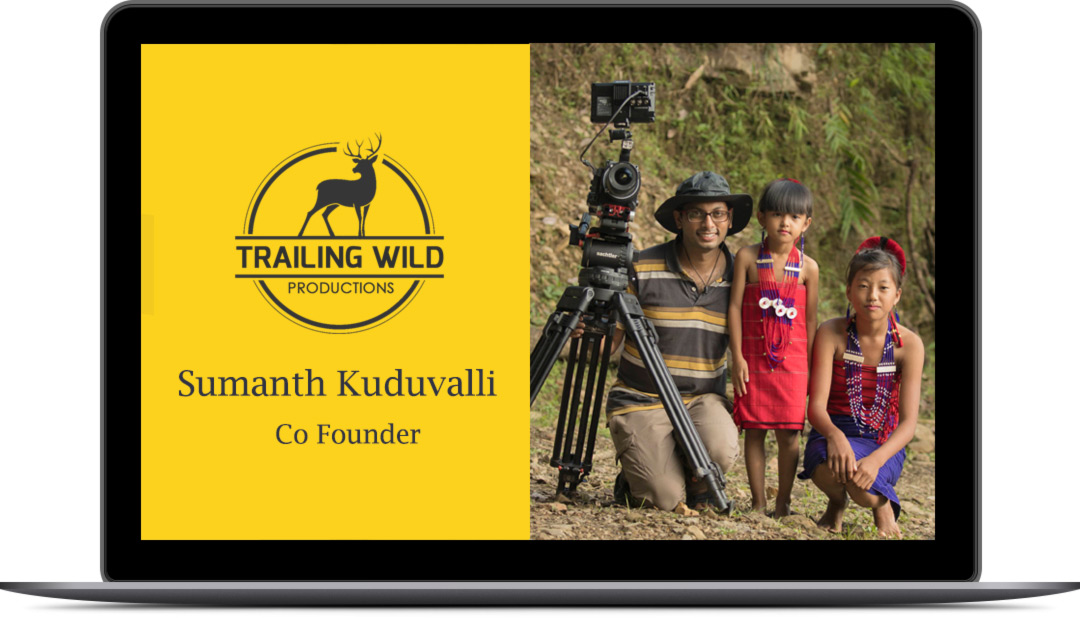 He has been in the forefront of the Indian wildlife filmmaking scene, working on numerous projects for a variety of production houses both in India and away. As a freelance cameraman he was involved

in various projects including the BBC Wonders of the Monsoon with the Felis creations team, an 8 part documentary project with ATREE and CEPF, River Terns of Bhadra with Mudskipper, Counting Rhinos with Felis creations for WWF UK (Image featured in one of world’s top 15 conservation efforts by WWF in 2015), National Geographic Cobra King with Felis creations, “Wild Karnataka” narrated by Sir David Attenborough. He was the first cameraman to film the rare and endangered “Sangai” for the “The Return of Sangai” documentary for a fellow award winning Filmmaker and Editor George Thengummoottil.

His directorial debut “The Naga Pride” with Gypsy Tiger Productions was an award winning film which travelled to 8 different countries and received 12 official nominations across the globe and a best Indian documentary award at the Nagaon International Film Festival. He is currently working on a conservation project with ATREE & USAID on one of India’s oldest tribes and communities in the foothills of the Himalayas, due to release in late 2019.